Reprint: The M-Word dispels notion that motherhood is picture perfect 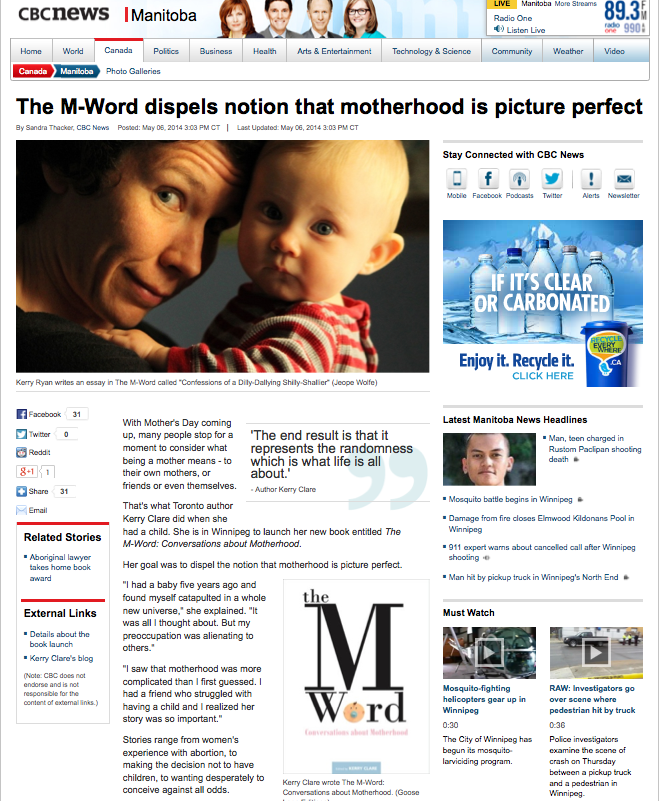 So Kerry Clare came to town and we launched The M Word: Conversations About Mothering and it was great fun. There were essays on mothering, Kerry Ryan's new pregnancy-and-mothering poetry, baby-faced cookies, and an art installation or two.

Kerry C. was interviewed for CBC Radio's Up to Speed on the day of the launch and this is the web-version of their conversation.

If you'd like to listen to the audio, you can access it via's Kerry's blog, Pickle Me This. (The blog post is rather winningly titled, "In which we eat baby heads.")
Posted by Ariel Gordon at Thursday, May 08, 2014