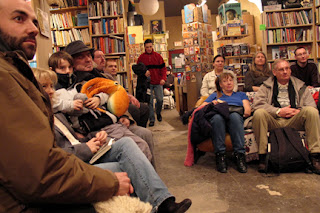 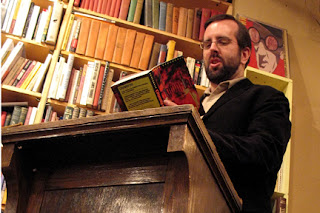 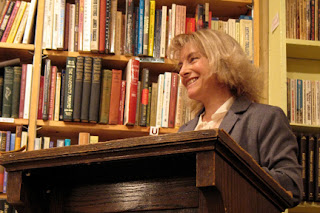 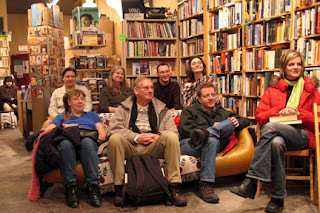 Email ThisBlogThis!Share to TwitterShare to FacebookShare to Pinterest
Labels: free your mind

Wonderful pictures! Looks like it was so much fun :-)

It was actually...within the tight confines of Aqua Books, we had a crematorium owned by a giggling cannibal, a warehouse full of terrified made men, and a twelve year old whose mind was turning over an accidental death and a looming and tragic murder.

All that and thirty-three people.

And it goes without saying that I'm looking forward to your ability to people Aqua's aisles next month...

It was lots of fun Ariel. Tanya and I had a wonderful time (as you can tell from the grins on our faces!).
I'm getting a little nervous about March 21! Eek!!